As I read the news, it’s unfathomable for me to comprehend what the people and visitors of Lombok are going through right now. I’ve read reports of villagers and tourists escaping collapsing buildings only to frantically run in darkness for higher ground in fear of a tsunami. It’s terrifying for me just to read these stories.

If you haven’t heard about what’s going on in Lombok and neighboring Bali, here’s a quick read from The Economist 9 August 2018 to get you caught up.

ON AUGUST 6th the Indonesian island of Lombok was shaken for the second time in ten days. A 6.9-magnitude earthquake struck the tourist haven, razing buildings, shattering roads and cutting off electricity. A government-issued tsunami warning added to the panic, sending people running for higher ground, though the ensuing wave proved small. Thousands of people have been evacuated. Crowds gathered on the beaches of the Gili Islands, off Lombok’s north-west coast, to be shipped to safety. The quake killed 347 people and injured over 1,000. A smaller tremor which hit days before claimed 17 lives. Another struck on August 9th.

As for Bali, sadly we had a couple of fatalities and structural damage from 6 August. We’ve felt the aftershocks–especially the one yesterday on 9 August. And now, life goes on. But, my thoughts and prayers are with everyone negatively affected by the August 6 quake and dozens of aftershocks. My heart goes out especially to the people of Lombok who lost loved ones. And, for those who don’t have a home anymore–who have lost everything. 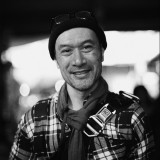 This site uses Akismet to reduce spam. Learn how your comment data is processed.

I'm Ready For My Tour!

Photos made by Bali Street Photographer are licensed under a Creative Commons Attribution-NonCommercial 4.0 International License. This doesn't apply to guest photographer images.
%d bloggers like this: